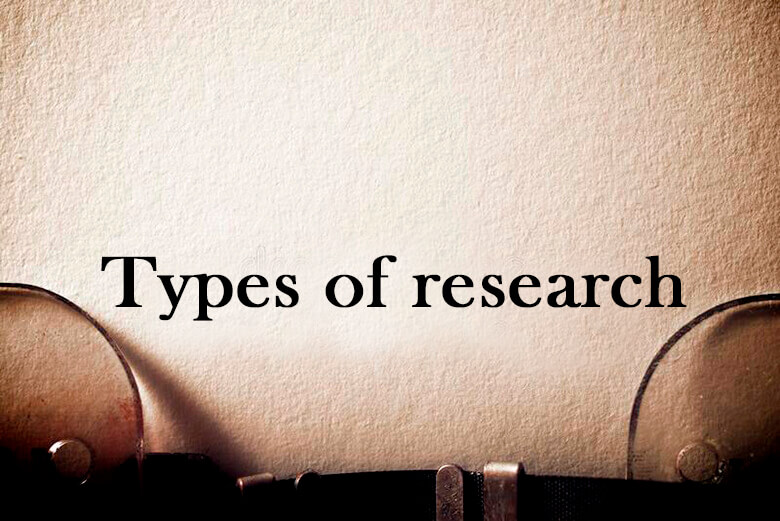 The development of methods is necessary in any form of activity where rationalization of its ideal plan is somehow possible, therefore, each stable sphere of human activity, and especially science, has its own specific methods. Moreover, in science, the reproducibility of the latter within a single, albeit non-linear, structure of activity suggests that such methods are not a disparate set of cognition tools created in the course of the development of science, but a set of functionally interconnected cognitive practices.

The formation of the concept of the scientific method, its ideal as a guide to the correct knowledge and method of activity, is associated with the emergence of philosophy (see Philosophy) as a rational-theoretical type of worldview, and then science (see Science) as a person’s cognitive activity aimed at obtaining , substantiation and systematization of objective knowledge.

Scientific knowledge is a historically developing process of achieving reliable knowledge about the world, the truth of which is verified and proved by human practice. Science goes beyond ordinary experience and existing production activity, exploring not only those objects that a person encounters in everyday life, but also those that only in the distant future can practically master humanity. In order to isolate and study such objects, ordinary practice is not enough, it is necessary to cognize the world in a special way and set such tasks that have not yet arisen in everyday activities. Scientific knowledge fulfills this role. Read on to know what are the types of research method.

The concept of empirical knowledge is used in both broad and narrow meanings. In a broad sense, empirical is understood as ordinary knowledge that accumulates in the course of the development of human practice. In the modern methodology of science, however, empirical research is understood more narrowly, as a certain stage in obtaining scientific knowledge, which is obtained on the basis of purposeful observation and experiment.

Scattered data obtained at the first stage of empirical research in the course of observing an object are not, in themselves, facts of science. They may contain errors related to incorrect setting of experiments, instrument readings, deviations in the work of the sense organs, and so on. In order for these observations to receive the status of scientific facts, they must be cleared of various kinds of random and subjective layers, to single out what characterizes the objective phenomenon itself. The next stage of empirical research is to subject the obtained facts to further rational processing: systematization, classification and generalization, and on this basis to identify certain empirical dependencies, to establish empirical patterns.

Observation is a purposeful perception of the phenomena of objective reality, during which the observer gains knowledge about the external aspects, properties and relations of the object under study. Scientific observation, in contrast to ordinary contemplation, is always conditioned by one or another scientific idea, mediated by theoretical knowledge, which shows what to observe and how to observe. The process of scientific observation is a special type of research methodologies of activity that includes the observer himself, the object of observation and the means of observation as elements. The latter include devices that study the properties of objects, and a material carrier through which information is transmitted from an object to an observer.

Directly sensory data obtained as a result of observation can serve as the material of individual consciousness, but in order to become the material of social consciousness and enter into the everyday life of scientific analysis, they must be fixed and transmitted using certain sign means. This process of fixing and transferring information is carried out with the help of the description operation.

An empirical description is a fixation by means of a natural or artificial language of information about objects given in an observation. With the help of the description, sensory information is translated into the language of concepts, signs, diagrams and numbers, thereby taking on a form convenient for further rational processing (systematization, classification and generalization). If the description uses natural language, then it appears in the form of an ordinary narrative.

Description can be seen as the final stage of observation. At this stage of the study, the task of deep penetration into the essence of the phenomenon, the disclosure of its inner nature, is not yet set. The researcher seeks to fix in as much detail as possible mainly the external sides of the object under study.

Measurement is a cognitive operation, as a result of which the numerical value of the measured quantities is obtained. It complements the qualitative methods of cognition of natural phenomena with precise quantitative methods. The operation of measurement is based on the comparison of objects according to some similar properties, characteristics, features. Through measurement, a transition is made from the observed in experience to mathematical abstractions and vice versa. With the help of units of measurement, it becomes possible to accurately measure the quantities under consideration, expressing their ratio through the ratio of numbers. Considering that many quantities are functionally related to each other, it is possible, on the basis of knowledge of some quantities, to indirectly establish others.

Studying nature, a person not only contemplates, but also actively intervenes in the course of its processes and phenomena. This type research method is the basis of experimental research. An experiment is a special experience that has a cognitive, purposeful, methodical character, which is carried out in artificial (specially set), reproducible conditions by means of their controlled change.

Unlike ordinary observation, in an experiment, the researcher actively intervenes in the course of the process under study in order to obtain certain knowledge about it. The phenomenon under study is observed here under specially created and controlled conditions, which makes it possible to restore the course of the phenomenon each time when the conditions are repeated. Having created an artificial system, it then becomes possible to consciously (and sometimes unconsciously, accidentally) influence it by rearranging its elements, eliminating them or replacing them with other elements. At the same time, observing the changing consequences, it is possible to reveal a certain causal relationship between the elements and thereby reveal new properties and patterns of the studied phenomena.

During the experiment, the researcher not only controls and reproduces the conditions under which the object is being studied, but also often artificially changes these conditions, varies them. This is one of the important advantages of experiment over observation. By changing the conditions of interaction, the researcher gets great opportunities to discover the hidden properties and relationships of the object. Usually, control and change of conditions is carried out through the use of instrumental devices, which are the instrument of the observer’s influence on the object.

In connection with the mathematization of science, it is increasingly using one of the special types of methods in research – formalization. This technique consists in the construction of abstract mathematical models that reveal the essence of the studied processes of reality. When formalizing, reasoning about objects is transferred to the plane of operating with signs (formulas). The relations of signs replace the statement about the properties and relations of objects. In this way, a generalized sign model of a certain subject area is created, which makes it possible to discover the structure of various phenomena and processes, while abstracting from the qualitative characteristics of the latter.

The derivation of some formulas from others according to the strict rules of logic and mathematics is a formal study of the main characteristics of the structure of various, sometimes very distant in nature, phenomena. In a number of cases, the analysis of formal models makes it possible to establish such theoretical patterns that could not be discovered empirically. In addition, the establishment of structural similarity makes it possible to use the mathematical apparatus developed to describe some processes as a ready-made tool for studying other processes. Formalization is most successfully applied in mathematics, logic and linguistics.

What else is worth remembering?

As a reminder, it is your research that will determine the types of methods in research you choose to use to substantiate your work, and in turn the methods that are best suited for data collection.

If you want to collect quantitative data, you are probably evaluating input data and testing or questioning existing theories or hypotheses. Newly acquired data is often used to generate new hypotheses based on the results of collecting already existing data on various variables.

However, when dealing with a massive amount of data, often collecting statistics and crunching numbers is not the answer to understanding meanings, beliefs, and experiences that are best understood through qualitative data. It should be remembered that quantitative data are also collected in accordance with certain research mechanisms and main research questions.

Time to collect and analyze data is a factor that is very important to think about carefully. If you choose the method of observation or interview, it refers to qualitative analysis. This approach helps to collect more extensive information, but is time consuming. Using a survey will help you collect more data quickly, but it may lack details. Thus, you will need to take into account the time that will need to be spent on research, and the balance between the pros and cons associated with each approach (for example, qualitative and quantitative). Feel free to start your work, because now you know what are the types of research methodologies.