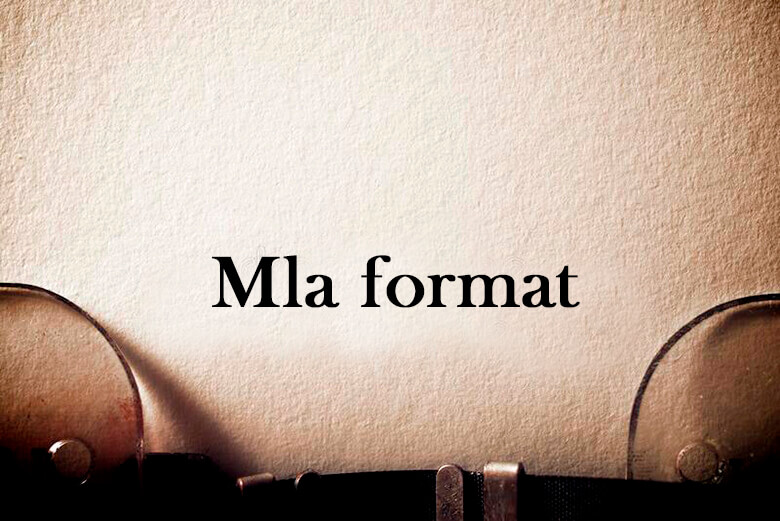 MLA is formatting and citation norms widely used in academic and professional writing in English. If you want to write a scientific article or publication for a journal or university in the USA or another country using MLA formatting, then you should adhere to the stylistic rules.

MLA markup is used for formatting scientific papers in the humanities. The MLA style also prescribes certain rules for citation of scientific papers. Using the recommendations of the MLA on the design of citations, authors can avoid accusations of plagiarism.

Rules of the MLA format:

2) It is necessary to use double spacing and a readable font, for example, Times New Roman size 12. It is recommended to use a regular font and italics. Moreover, the difference between them should be perceived easily;

3) There should be only one space after dots and other punctuation marks, unless otherwise agreed by the editor or supervisor;

4) The upper and lower margins should be 1 inch;

5) The “red line” should be half an inch from the left edge. It is recommended to use the Tab key instead of pressing the “Blink” key five times;

6) Number the pages in the upper right corner;

7) If there are notes and explanations in your work, print them on a separate page before specifying the list of cited works. The page should be called “Notes”.

8) The titles of articles are taken in quotation marks, each word is written with a capital letter.

This style is a widespread form of registration of academic papers in the social sciences in the West. This form was developed by the American Association of Psychologists in 1929 to help authors structure their work, as well as create a unique style of references and citations.

The key idea is not to distract the reader, but to provide the most complete text with the correct titles, a list of cited works, and to avoid plagiarism. APA is usually used for scientific articles, documents, laboratory reports.

Times New Roman 12, one inch for all margins;

Each page in the upper right corner has a number + a short title of the work;

Footnotes/endnotes are also separated by a double interval;

Differences between APA and MLA: which format should I use?

Like all written works, academic publications also have a specific format. We usually notice that quotations, formal language and jargon are used in these works. They follow a special structure for presenting information and look quite simple due to the lack of colors or images. Many such characteristics can be found in these written works.

But who decides which format to follow? This may depend on the professor, mentor, or organization. But they all prescribe the use of certain style guides, such as APA, MLA, etc.

The difference between MLA and APA begins with the history of these styles. The key difference is that the MLA is more detailed when it comes to references and citations and it is focused on the names of authors. This format applies to both old sources and new research. The second, on the contrary, is focused on the year of the mentioned book or publications, preferably the newest and most relevant.

Which of the two formatting styles is better?

The APA format is often used for such sciences as education, business, medicine, psychology. In general, all works that are related to the social sciences.

The APA has a separate cover page, which contains the student’s name, the course name, the teacher’s name and the date. The summary of the essay should also be written in the title. Unlike the MLA, the APA requires that the first letter of the first word of the title be written in capital letters. To cite an author and editor, APA requires the names of all authors and editors, even if there are many of them, but only the names must be written in full, and the rest can be initials. This is followed by a year of work.

The MLA format is used for humanities such as history, literature, language, philosophy, art, theater, religion, anthropology, law and politics.

If neither the instructions nor the topic inform you about the choice of this citation format, think about which style will work best with your content.

Example of how to format links/works cited in two styles:

When to use APA and MLA?

Using quotes in an essay is a great way to back up your ideas with concrete evidence and bring your arguments to life. It will also help you to support your topic or dissertation. However, if you want your essay to look professional, you need to know how to post quotes, regardless of whether you use the MLA or APA formatting. Keep in mind that using a quote without reference to the original author is considered plagiarism. In addition to using the correct spelling in your essay, you will need to include a list of references at the end of your essay.

The APA and MLA styles include the same type of information in the citation, but the formats are different.

The academic world is based on strict rules. There are three fairly common citation styles in American higher education: APA, MLA, and Chicago.

Their main goal is to quote correctly, avoid plagiarism, and create a unified system of article structure. When it comes to APA and MLA, not everything can be so clear or simple for students. They are both very common, so they have both similarities and differences.

To make your work easier, you can ask for professional help with editing. The specialists of Writerben will help you with any citation format and edit your assignment.

The professionals of the Writerben team can help not only with the style or formatting of the MLA and APA citation. Our editors take care of the author’s style. We will help improve the text and preserve its uniqueness. Editorial edit. Our editors have extensive experience and specialization in various genres. We will help you choose a specialist exactly for your text.