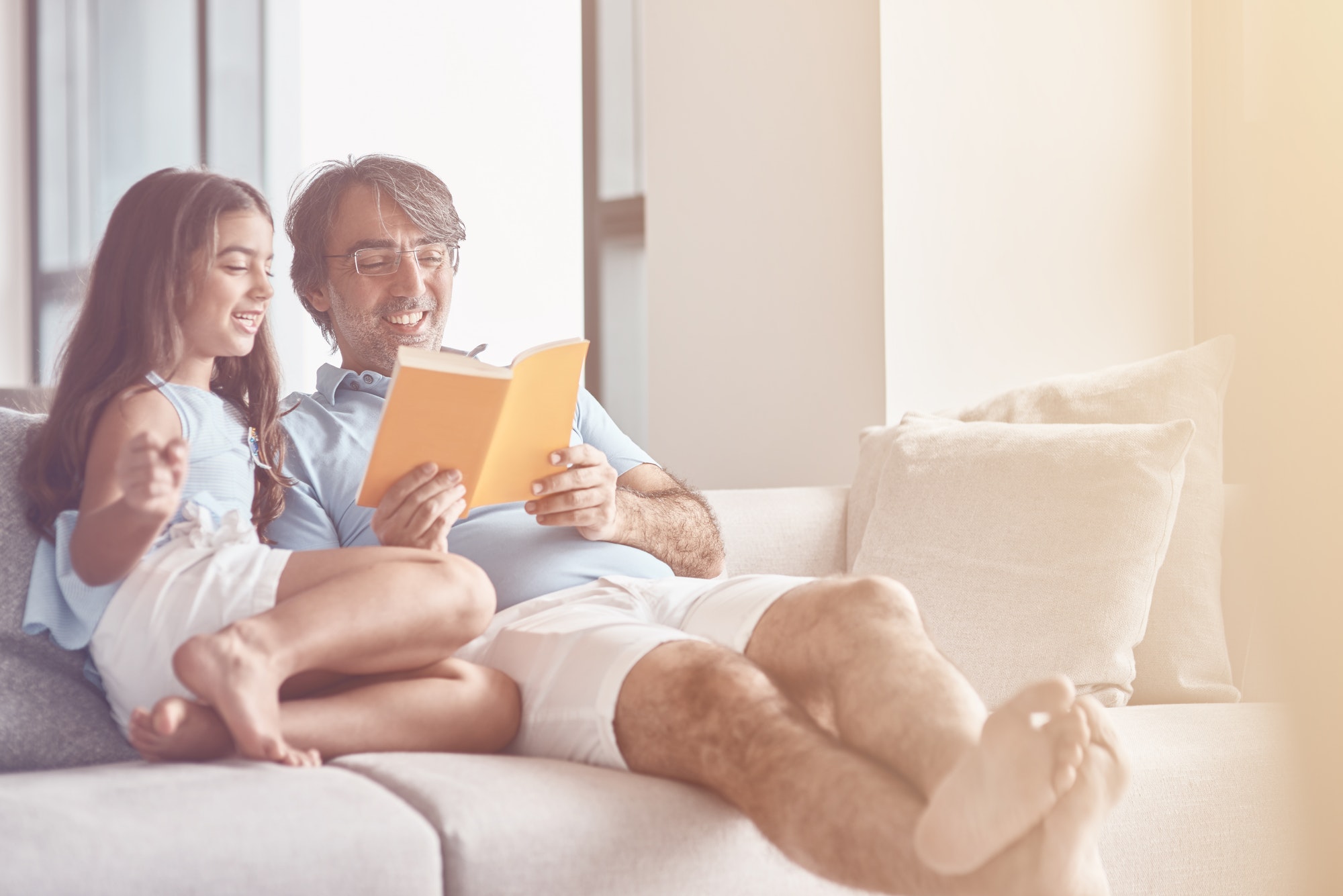 Definition of the genre in literature

The term “genre” is found in music, theater, cinema, literature. It is quite difficult to determine the types or genres of fiction. This is especially a hard task for students and schoolchildren. Why are genres in literature necessary at all and how to define them?

Literature is one of the main types of art – the art of words. The term “literature” also refers to any works of human thought in writing. There are technical, scientific, journalistic, reference, epistolary literature, etc. However, in the usual and stricter sense, literature is called works of artistic writing.

The benefits of literature are undeniable. Why should we read? It is a rather banal question. The first is for interest. Books give us the opportunity to draw a picture of what is happening, while the film drives us into the framework drawn by the director. The second is for knowledge. Books provide an incredible amount of knowledge. The third is stress relief. The book is one of the best antidepressants. The fourth and most important thing is the development of thinking. Literature is a gym for brains. The development of thinking lies in its use. Writers specifically pose important questions in their works and specifically do not give direct answers to them in order to make readers think.

Reading this or that work, we live the events together with the characters, empathize with them and share their pain.

We learn empathy, try the situation on ourselves and go through full-fledged empathy development training. In real life, we learn to experience some emotions together with others, empathize with people; we learn to be softer and more responsive.

Literature teaches us many important things that will be useful in life. For example, to be kind, honest, the ability to forgive, respect elders, that is, it gets better. With it, we become more mature and wiser. Literature develops a person spiritually, and leads him on the right path. It represents the relationship between people, the history of mankind and an invaluable experience for each of us.

In addition, thanks to the types of fiction, our vocabulary is replenished. We learn to speak beautifully and correctly. Our inner world is formed and our speech is enriched.

Everyone reads books, both adults and children. Someone does it less, someone more.

Literature develops the imagination. No wonder they say that literature is a flight of fancy. When you read a book, you can be transported through the years, through the centuries, both forward into the future and back into the past. At such moments, you can imagine the pictures of events yourself, and come up with a description of the characters. This is real magic.

Thus, the role of literature at all times and in the modern world is to help a person understand himself and the world around him. To take advantage of this opportunity provided by books or not is a personal choice of each person.

Literature originates from biblical times, people have always written and read. Works containing at least some text are already literature, as they express a person’s thoughts and feelings on paper.

It is hardly possible to exaggerate the influence of literature on the formation of personality. Owning a word has long been an art. It is part of our culture, our social environment, where society is developing. Literature preserves and transmits universal spiritual values from generation to generation. The word directly appeals to the human consciousness. The relationship between speech and thinking is undeniable. We need words to express feelings, thoughts and experiences on paper or in conversation.

The art of words has long been used as a powerful ideological weapon.

The question of genres in fiction is very interesting, a lot of theory has been written on this topic, in which a student can sometimes get confused.

It is impossible to talk about genres without touching on such a concept as the “genus” of literature. Traditionally, there are three kinds of literature in school literature or in English literature – epic, lyric and drama. Simply put, a kind of literature is a group of genres.

Genre is a sign of the text. That is, each literary work has a set of special characteristics.

Genre is a key unit of classification in literature. The signs of the genre are the volume of the work, compositional features, the dynamism of the plot, the number of storylines, the problems, the characteristics of the characters, etc. The genre gives the reader at least a holistic idea of the work. That is, if the reader sees the word “novel” in the title of the work, then he immediately adjusts to a fairly large volume of text, unlike, for example, from the “story”, which assumes a small volume.

Also, the genre gives the reader some idea of the content of the work. For example, if it is defined as a “drama“, then we immediately understand that a person will be shown in it in a dramatic relationship with society and, most likely, the ending of this book will be tragic.

What are the genres of literature?

Fiction serves (as an effective means of mental and moral education of a person) has a huge impact on the development and enrichment of speech.

The ability to correctly perceive a literary work, to be aware of the content and elements of artistic expression does not come by itself: it must be developed and educated from an early age.

What are the literary genres? According to the form of the narrative, they are divided into three kinds: The epic, which describes the actions of people external to the author and events in the surrounding world. These are mostly prose texts. The second category of lyrics is poetic forms. In them, the emphasis is shifted to the expression of inner experiences and feelings. Drama is a kind of genre in which events are presented through the words and actions of the characters.

In fiction, too, there are genres that fall under the general idea of verbal genres. For example, a detective is a specific puzzle, a game with a reader. A humorous story aims to make you laugh, a melodrama – to move. In all these cases, strict genre expectations are formed. The reader knows that from the first page he will not be informed of the name of the criminal he is looking for, that the signs by which he can guess about him are imperceptibly scattered throughout the text and that at the end he will receive confirmation or refutation of his guesses.

Genres of literature are diverse and all of them will be used by modern writers and poets.

The artistic style is inherent in literature and art. This is a special style of speech. It is characterized by high emotionality, imagery, rich vocabulary, and the presence of direct speech. The artistic style is able to convey to the reader the thoughts and feelings of the author of the work.

In oral speech, the artistic style is applicable in folklore: fairy tales, songs, riddles, epics. In writing it is in epic, lyrical, dramatic works.

All types of speech are used in the texts of the artistic style: description, narration, and reasoning. Reasoning-reflection reveals the inner state of the hero, giving him a psychological characteristic. The author’s position is not expressed directly, but in the subtext.

Definition of genre in literature

So, fiction is an art form. Scientific work can be very intellectual, but it will not relate to art.

Fiction as a material uses words and constructions of natural human language in written form. Artistic works are contrasted with other types of literature: scientific, journalistic, reference, etc. The distinctive feature of this type of literature is fiction, invented plot and characters.

In addition, only those works that have authors or a group of authors, including anonymous ones, can be considered artistic, unlike folklore works that do not have a specific creator.

Today’s literary process greatly simplifies the task of defining the genre. Almost all the works have already been researched, well studied. If you need to learn a genre, you should just open a textbook on literature. But how to prove that a particular work belongs to a certain genre?

Learning all genres of literature definitions is quite difficult. Long-term training in the field of literary studies will be required. The most reliable way is a literature tutor or a genre recognition service. The help of a professional will help you understand the essence of each genre. You can gain in-depth knowledge of works and skills of a literary critic.

For example, there is drama. The most important thing is the action; what is happening is depicted by the speech and behavior of the characters. In epic genres, all the attention is on the description of the temperament of the characters and on the action. Lyrical genres imply poetry, in which the most important thing is the inner peace and emotions of the hero.

If you have any difficulties, then our service Writerben will be happy to help you.