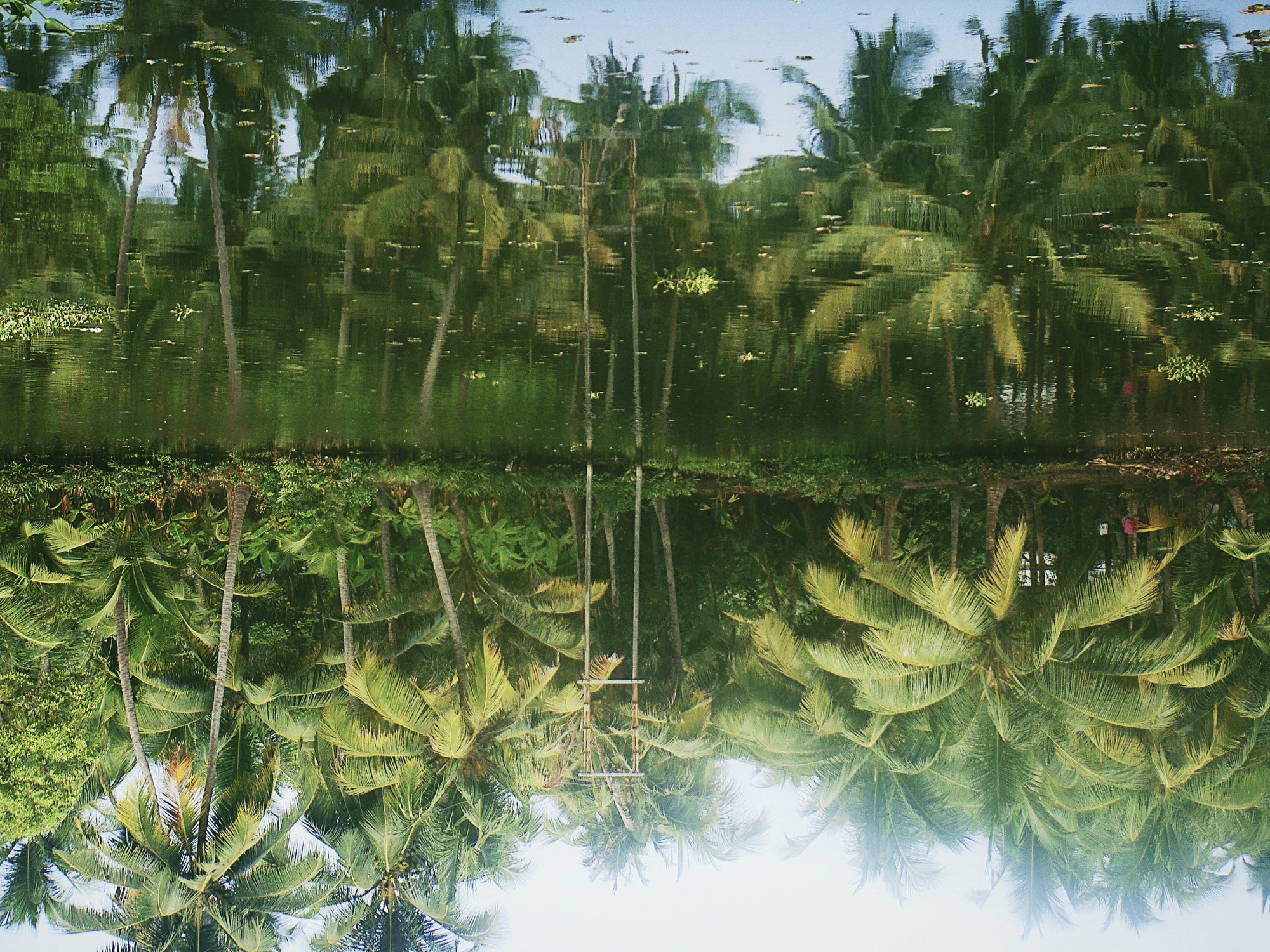 The environment of our planet, consisting of the world of plants and animals, in science is called flora and fauna. They are an integral part of each other. The animal and plant world affect the ecology of our planet. But have you ever wondered how important these concepts are in our lives?Flora and fauna are used to refer to the animals and plants in a particular region or area.

What does the term flora mean and where does it originate from?With the arrival of spring, we do not cease to admire the beauty of the revived nature, the main decoration of which at all times were flowers. Even in ancient mythology, flora was called the goddess of flowers and fertility.Flora is all kinds of plants that have appeared on a certain territory in the course of historical development. This was due to natural conditions and geological processes.Flora defines plant species and their number, and the term vegetation indicates their geographical distribution. In the modern world,for example, local flora, horticultural or agricultural and weed are distinguished.Weeds are competitors of cultivated plants. The main harm caused by weeds to agricultural production consists not only in a sharp decrease in yields, but also in deterioration in the quality of the products obtained.In the flora of any city, you can find species of local origin and species that have come to this territory from other regions of the globe.What is Agricultural and garden flora: cultivated by humans, such as wheat and acacia.Urban flora (or simply flora) is one of the most important components not only of the urban environment, but also of its territories. Vegetation in the city contributes to the increase of air ionization as a phenomenon beneficial to humans.

In the description of the nature of a particular region, the word “fauna” is often found. This term refers to the animal world.The meaning “fauna” is always applied to a group of animals that live in a certain area. However, it does not concern pets and residents of zoos.This concept originated from Latin and refers to the god Fauna, the god of fertility and earth.The integral components of the ecological system – animals have always been given the most important role. They are involved in maintaining the hygienic cleanliness of the environment, the balance of the biosphere and natural harmony.Fauna relies on flora as a source of food, as well as a source of oxygen.What is the importance of fauna? The role of the animal world, as well as the importance of plants in today’s world, is difficult to overestimate. Because if plants disappear on our earth, then there will be no place for animals or man on it. Therefore, the preservation of plant and animal diversity is the most important condition for the preservation of life on our earth.

The importance of flora in the life of nature

The importance of plants for wildlife and humans is not just important, but necessary. The animal world that currently exists on Earth is inextricably dependent on the plant kingdom.Plants give us oxygen to breathe.Plants purify the air from the carbon dioxide we exhale.Plants provide us with nutrients.Paper, fabrics, medicines and much more are obtained from plants.Different plants are present in the human diet. The plant world is amazing and is the food chain in human life. We all love the edible fruits of plants. Many plants have seeds from which people grow crops. Other plants have green shoots, and many have underground parts (tubers, roots).People use the plant world for agricultural purposes, processing them, and getting food.In cities, a large amount of carbon dioxide and various harmful substances are emitted into the air. This is due to the large number of vehicles and various industries. Therefore, the importance of plants as protectors from pollution is important. Various green spaces in cities not only emit oxygen and absorb carbon dioxide. They also trap dust and harmful substances, humidify the air, and reduce noise levels.Wild animals find their habitat in the plant world.Animals often consume various plants, which are often their only source of energy.Moreover, many animals like to live in nature reserves or forests, as they are not bothered by the presence of humans there and they can live their lives naturally.Our flora is crucial to maintaining biodiversity that has evolved over millions of years.

Fauna, is it so important for life?

The animal world is found in the most diverse corners of our planet: in the air, water, on land, and so on. Animals are very important in the ecosystem. Firstly, they are involved in metabolism and are binders in the food chain. Some feed on plants, others need nutrients of animal origin for survival, and some process the remains of dead organisms.Nature is not as silly as it seems to some. She created the predators with a purpose. They are a kind of orderlies who are called to clean the territory of our planet from sick and weak animals, to destroy carrion, preventing the reproduction of putrefactive and pathogenic bacteria, thereby preventing the spread of infections dangerous to humans. By killing predators, we disrupt the existing natural balance, and create conditions for the spread of infectious diseases.People are obliged to take care not only of animals or birds, we must protect everything that is around us if we want our planet to flourish, and the gaze of future generations will also be pleased with the immense beauty of nature. A reasonable person should realize that we are part of nature and the ecosystem. When we destroy all living things, we first of all harm ourselves.Most representatives of the Insect class contribute to the pollination of plants, increasing the yield of grain crops. Birds feed on harmful insects that cause damage to our parks and forests. Animals take part in the biological purification of reservoirs, soil formation.By raising cattle, people get the meat they need for nutrition. Meat is also important because it contains several nutrients. And they, in turn, are crucial for human growth and maintaining our health.Consequently, without fauna, humans would suffer from a significant vitamin deficiency, and would also probably suffer from a decrease in power.Animals are sources of industrial raw materials.Do not forget about natural beauty. Many people like to see animals in their natural habitat.Don’t pass by, do real things. Take care of animals, because they are part of our nature and life. Man is used to using the gifts of nature for his own pleasure: people kill animals for the sake of valuable fur, and sometimes just for their own whim. Currently, there are a large number of people who organize nature reserves and animal protection funds. And we need to say a big thanks to them for caring about our nature.It turns out that the disappearance of one animal species will necessarily lead to the disappearance of another, related species. Well, since Nature does not tolerate emptiness, then the vacant niche will immediately be occupied by other species of living organisms that can be very dangerous to humans. That’s why we need to protect the animal world, and not mindlessly invade its natural habitat.

The flora or fauna of the planet Earth is multifaceted and diverse. The peculiarities of the climate, the location of continents have left their mark on the flora and fauna. Incomprehensible, unique plants are found in different parts of the planet, causing delight.All living organisms are interconnected with each other. People interact with flora and fauna, as well as they interact with each other.If there is a significant reduction in flora species, this will lead to food shortages for many animals, as well as for people.This, in turn, will also lead to a shortage of meat for people.In addition, due to the reduction of the total flora, the process of global warming will be intensified, since trees and bushes are natural repositories of greenhouse gas.If the number of these storage facilities decreases, more carbon dioxide and other greenhouse gas will enter the atmosphere, which, therefore, will contribute to climate change.Thus, since our ecological system is quite fragile and many species depend on each other, flora is crucial to maintain the stability of the ecological system.Ecological problems of flora and fauna pose a danger to our planet for the reason that plants and animals occupy key places in food chains and the circulation of substances in nature. The ecological balance of nature and the world depends on all living beings, and the violation of this balance leads to the destruction of ecosystems and can cause a global ecological catastrophe.To stay in harmony with the outside world, to admire the beauty of our planet, to listen to the singing of birds, to breathe clean air – I want to remind everyone that we are people.Flora and fauna are the two most important groups of species that our planet provides us with. They are crucial to most of life on our earth. Flora and fauna have to get along and interact in a complex system.Flora and fauna are interconnected and will not survive without each other.A person should protect the environment, if only because he lives in this environment and is in close contact with it. The surrounding world directly affects a person. So, for example, a person should take care of the air, because polluted air immediately affects health. It is also necessary to take care of the fertile soil, where most of the food for people grows. The same can be said about animals and plants — they also need to be protected so as not to upset the balance in nature.
PrevPreviousTopics to debate about
NextMeaning et alNext